Golfing for a cause “Get your mates together, get on the course and just enjoy a really great day.”

MND is a progressive, terminal neurological disease which causes muscles used to move, speak, breathe and swallow to degenerate and die.

Dene had lost his father to the disease, before one of he and Nick’s mutual best friends, just a couple of years later, also had a father who had his life cut short because of MND.

“It’s a cause that we hold pretty close to our hearts,” Nick said.

“Coming from Benalla as well - a small country town - it shook up the whole town when both of these things happened.

“This is something that we’ve done to obviously support the cause, but it’s not just a charity event, it’s also a fun golf day.”

Nick strongly encourages anyone to join in on the day of fun and mateship, which this year will be on the greens at Medway Golf Club in Maidstone.

“It’s going to be the best day you’ve had in a while, I can guarantee that,” he said.

“All we ask is for people to come along, get your mates together on the course and enjoy a really great day all for a good cause.”

The event, to be held on Friday, November 8, consists of an 18-hole Ambrose style competition, with a shotgun start from 1pm to be followed by dinner, auction, raffle and entertainment.

Nick said both he and Dene have been wrapped with the way the event has been received over the course of four years and are looking forward to hopefully another successful turnout.

“It’s amazing how many people have really jumped on board to support the day,” he said.

“Something as simple as, we’ve just sent out some emails to companies and they don’t even respond to the email, they call us straight back and just ask us ‘tell us what we can do to help, what can we offer’?

“When you get a response like that it is quite rewarding.

Nick presented the event to his Seagulls teammates one Thursday night during the season, and was immediately chuffed with their reaction.

“I was a bit nervous when I presented it because I didn’t want to bore them with a golf day and a fundraiser. You go on Facebook and there are so many fundraisers and charities going on, everyone in some way, shape or form is attached to a charity whether it’s through family or friends or whatever, so I was a bit cautious of boring them a little bit.

“But it’s amazing to have gotten that response from them straight away, (CEO) Jason Reddick immediately said he’ll put a team in as well.

“It just shows how good the club is when you get that support straight away, it’s a testament to the club.”

You can also head to the following link to purchase tickets: https://bit.ly/2puOwuN

Tickets are $120 per head and include 18 holes of two-ball Ambrose, BBQ lunch, dinner and beverages. 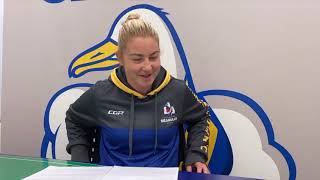 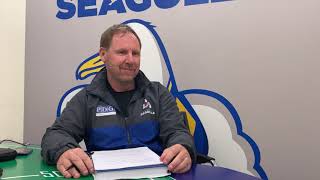